The town of Stellenbosch was founded in 1697 and from the date of the appointment of the first Landdrost in 1685, the local citizens or free burghers (as opposed to the employees of the Dutch East India Company) were organised into mounted and infantry units knows as burgher commandos. These commandos had to go to Cape Town once a year for military training. As early as 1703, however, the military officers of the burgher cavalry and infantry of Stellenbosch and Drakenstein requested permission to train in Stellenbosch. It seems likely, therefore, that already in that year, or even earlier, the square in front of the V.O.C. Kruithuis, knows as the Braak, was being used for military exercises.

Powder, lead and flint were supplied to the inhabitants of Stellenbosch from the Company’s magazine in Cape Town since before 1684. During the first quarter of the 18th century the annual allowance was 150 pounds of gunpowder, 100 pounds of lead bullets and 300 flintlock stones. This was delivered at the end of September each year for distribution to the commandos.

In the turbulent days of the last quarter of the 18th century, the Governor and the Political Council of Cape Town came to the conclusion that it was desirable to store ammunition at Stellenbosch.

So it was decided that Stellenbosch should be allowed as many cannons and guns and as much powder and ammunition as may be necessary to ward off an enemy attack and that a suitable building for storing this material would have to be constructed. The permission of the Here Sewentien, the governing council of the Dutch East India Company in Holland, was duly applied for and received and the Political Council could proceed to inform the Landdrost and Heemraden of Stellenbosch of the decision to build an arsenal or magazine within their area.

The Landdrost and Heemraden were requested to assist to point out a suitable site. An inspection in loco took place and the site at the lower end of the Braak, the “exercitie veld” of those days, met with general approval. In those days the site was described as open and out of the way, but yet within sight of the village.

For the reason that the Government of Cape Town itself had so much building to do, it was decided that the Landdrost and Heemraden of Stellenbosch should call for tenders for the erection of the building. At the meeting of the Heemraden that took place on 7 October 1776, the tender of Phillip Hartog and Lambert Fick for 9 000 guilders was accepted for recommendation to the Government, and in November 1776, the foundations of the building were prepared. On 5 May 1777, the building was completed.

This date is still to be seen on one of the ends walls, together with the letters V.O.C. (Vereenigde Oost-Indiesche Compagnie). The “C” above the monogram stands for Cabo. Although the building was undertaken by private contractors the Company agreed to supply all the timber, Dutch grease (presumably for waterproofing), “klinkers” (hard baked bricks) and paving stones. The woodwork and metalwork (hinges, locks, etc) would be done in Cape Town, but the wood for the staircase and the porch would be delivered to Stellenbosch unworked. In view of the financial predicament of the Company at the time it is not surprising that the Landdrost was instructed to see it that the material was used in the most economical way possible. So well did the Landdrost supervise the building operations that only 182 days after the commencement, the contractors were able to inform the court of Heemraden that the work was finished.

Stellenbosch has always been a peaceful town and not once during its 300 years of existence has it heard the sound of guns fired in war. The V.O.C. Kruithuis therefore soon lost its military importance and less than seventy years later it became the site of the local Friday market. In time structural additions to the back and sides of the building made the Market House more suitable for tis purposes. The sloping roof on the left of the building housed the fire brigade Stellenbosch for many years.

After serving as Market House for almost a century the building was extensively restored by the Stellenbosch Municipality in 1936. The structural additions were removed, most of the woodwork, including the staircase and outer doors, was replaced and many of the iron fittings such as hinges and bolts were also replaced. The two original copper locks on the inner doors are still to be seen though, unfortunately, not intact.

The building was proclaimed a National Monument on 10 May 1940 and in 1943 it was opened to the public as a small Africana museum with Mr André Bothner as curator. The museum did not exist for very long and many years passed during which the V.O.C. Kruithuis remained locked and inaccessible to the public. Water seepage from the roof, rising damp and lack of air caused extensive damage to the interior plasterwork.

In 1971 the Municipality agreed to allow the Stellenbosch Museum to take over the building for displaying the museum’s collection of fire-arms, cannon, military uniforms, etc. Serious difficulties were encountered when attempts were made to combat the problem of dampness in the structure. Several times the exhibits had to be dismantled and removed from the building when the anti-damp measures proved insufficient to control the high humidity inside the building during the wet Cape winter.

The V.O.C. Kruithuis is unique in South Africa in that it is the only surviving powder magazine in the country dating from the days of the Dutch East India Company (V.O.C.) and it can almost be said to have become a symbol of this town’s rich and varied architectural heritage.

This unique little historic building contains a wonderful collection of 17th century signalling cannons as well as many other items from the military history of the town. 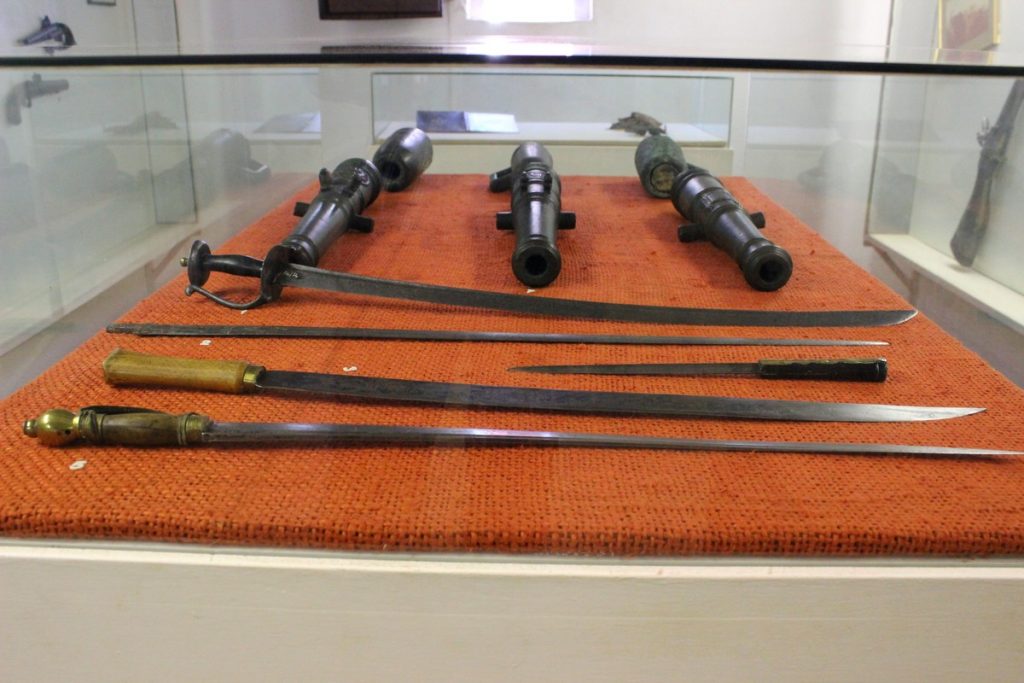 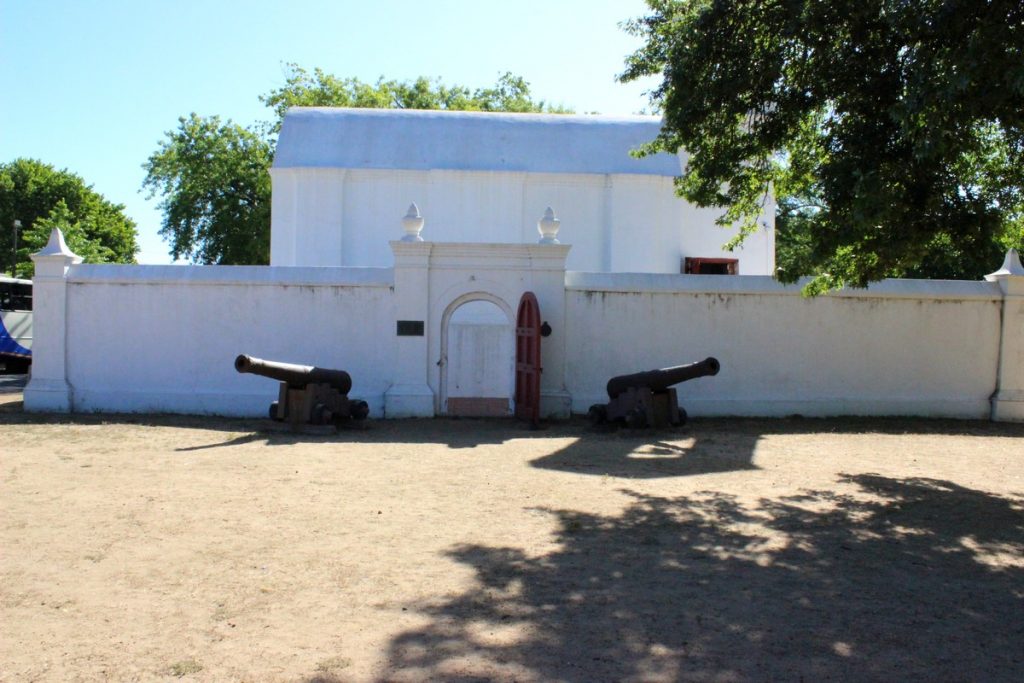 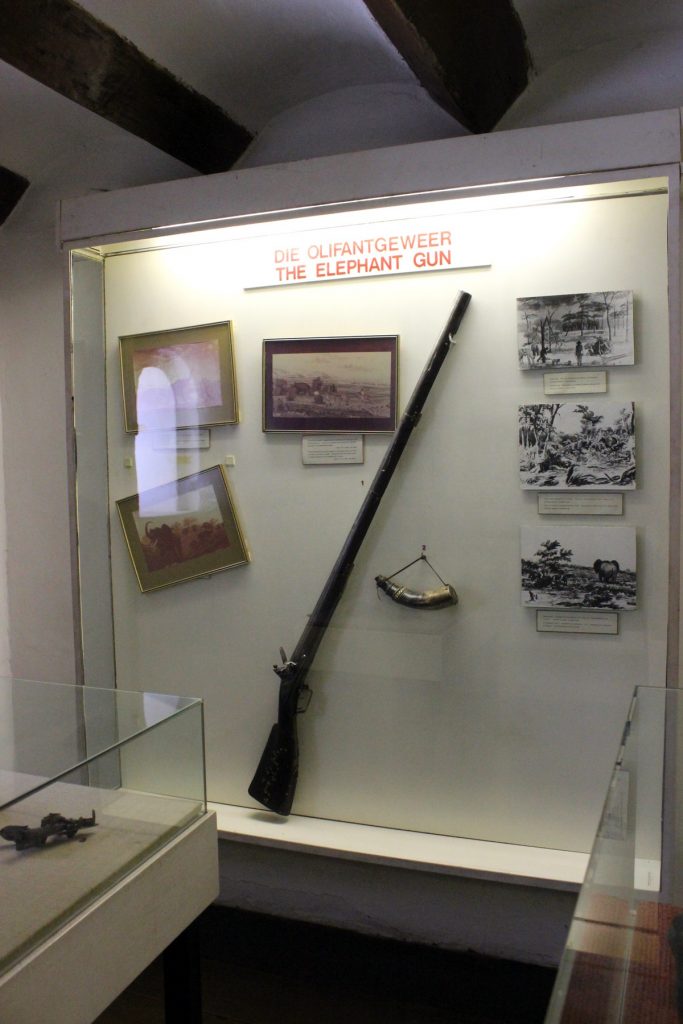 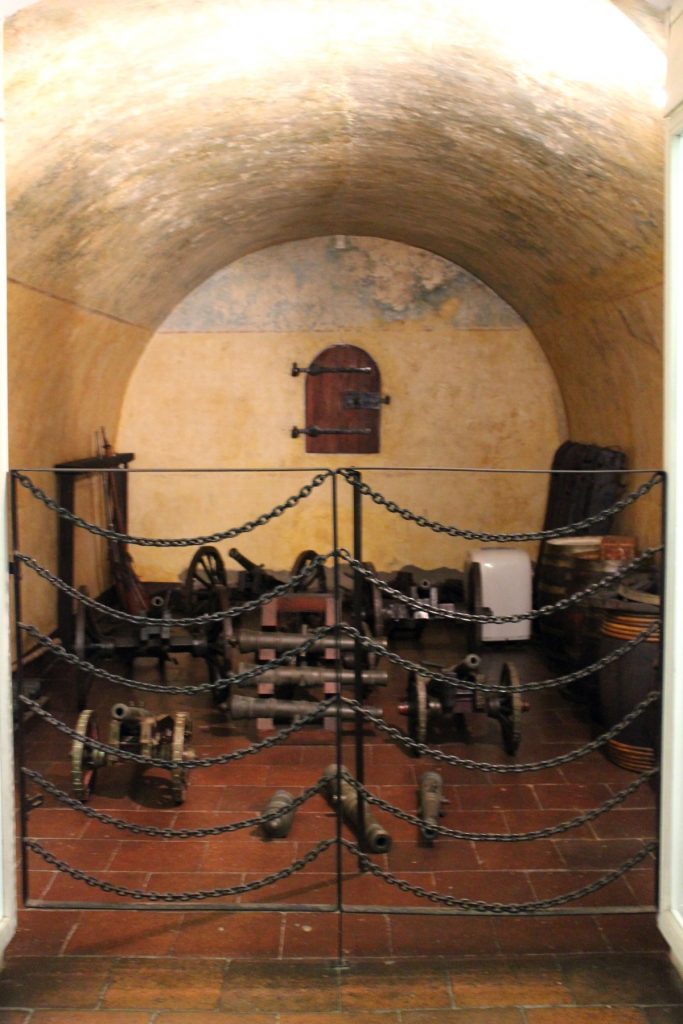 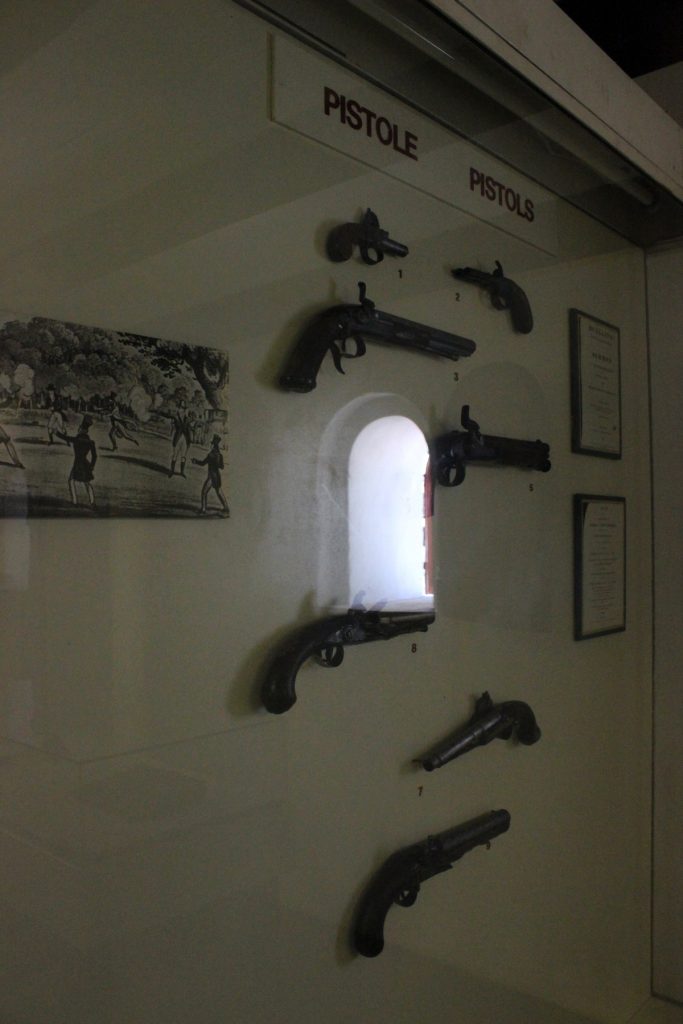